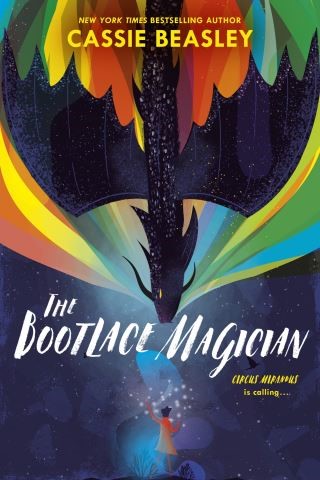 Welcome back to Circus Mirandus . . . a place with magic so wondrous, you need to believe it to see it.

Micah Tuttle--magician in training--lives and works at Circus Mirandus alongside his guardian, the ancient and powerful Lightbender.

The circus is a place filled with dazzling fire shows, stubborn unicorns, and magicians from every corner of the world. And Micah is doing everything he can to prove he belongs there. When a dangerous enemy from the past threatens his new home, Micah will have to untangle the mystery of his own potent magic, and he'll have to do it fast. With trouble this deadly on its way, every magician will need to be ready to fight. Even the youngest.

Cassie Beasley: Cassie Beasley is from rural Georgia, where, when she's not writing, she helps out on the family pecan farm. She earned her MFA in Writing for Children and Young Adults at the Vermont College of Fine Arts. The Bootlace Magician is the sequel to her first novel, Circus Mirandus, which was a New York Times bestseller and a New York Times Notable Children's Book. Her second book, Tumble & Blue, was received with widespread critical acclaim.