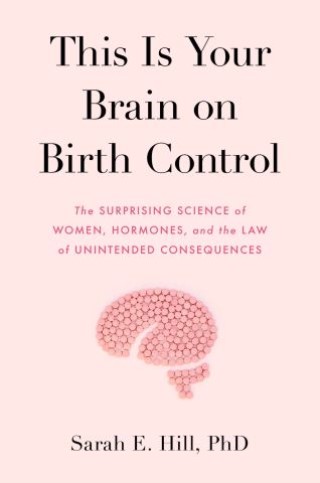 This Is Your Brain on Birth Control

The Surprising Science of Women, Hormones, and the Law of Unintended Consequences

This groundbreaking book sheds light on how hormonal birth control affects women--and the world around them--in ways we are just now beginning to understand. By allowing women to control their fertility, the birth control pill has revolutionized women's lives. Women are going to college, graduating, and entering the workforce in greater numbers than ever before, and there's good reason to believe that the birth control pill has a lot to do with this. But there's a lot more to the pill than meets the eye.

Although women go on the pill for a small handful of targeted effects (pregnancy prevention and clearer skin, yay!), sex hormones can't work that way. Sex hormones impact the activities of billions of cells in the body at once, many of which are in the brain. There, they play a role in influencing attraction, sexual motivation, stress, hunger, eating patterns, emotion regulation, friendships, aggression, mood, learning, and more. This means that being on the birth control pill makes women a different version of themselves than when they are off of it. And this is a big deal. For instance, women on the pill have a dampened cortisol spike in response to stress. While this might sound great (no stress!), it can have negative implications for learning, memory, and mood. Additionally, because the pill influences who women are attracted to, being on the pill may inadvertently influence who women choose as partners, which can have important implications for their relationships once they go off it. Sometimes these changes are for the better . . . but other times, they're for the worse. By changing what women's brains do, the pill also has the ability to have cascading effects on everything and everyone that a woman encounters. This means that the reach of the pill extends far beyond women's own bodies, having a major impact on society and the world.

This paradigm-shattering book provides an even-handed, science-based understanding of who women are, both on and off the pill. It will change the way that women think about their hormones and how they view themselves. It also serves as a rallying cry for women to demand more information from science about how their bodies and brains work and to advocate for better research. This book will help women make more informed decisions about their health, whether they're on the pill or off of it.

Sarah Hill: A leading researcher in the dynamic and rapidly expanding field of evolutionary psychology Sarah E. Hill completed her PhD at UT Austin and is now a professor at TCU. With more than fifty scientific publications and multiple prestigious research grants to her credit, Dr. Hill has become an authority on evolutionary approaches to psychology and health. She has been quoted in The New York Times, The Washington Post, Scientific American, and The Economist.