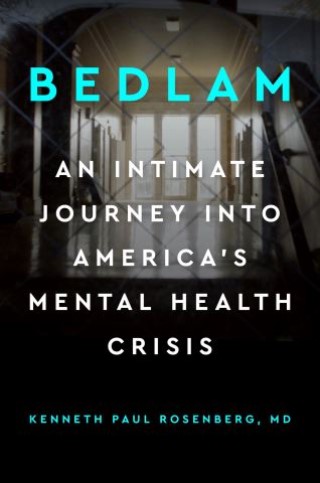 A psychiatrist and award-winning documentarian sheds light on the mental-health-care crisis in the United States.

When Dr. Kenneth Rosenberg trained as a psychiatrist in the late 1980s, the state mental hospitals, which had reached peak occupancy in the 1950s, were being closed at an alarming rate, with many patients having nowhere to go. There has never been a more important time for this conversation, as one in five adults--40 million Americans--experiences mental illness each year. Today, the largest mental institution in the United States is the Los Angeles County Jail, and the last refuge for many of the 20,000 mentally ill people living on the streets of Los Angeles is L.A. County Hospital. There, Dr. Rosenberg begins his chronicle of what it means to be mentally ill in America today, integrating his own moving story of how the system failed his sister, Merle, who had schizophrenia. As he says, "I have come to see that my family's tragedy, my family's shame, is America's great secret."

Dr. Rosenberg gives readers an inside look at the historical, political, and economic forces that have resulted in the greatest social crisis of the twenty-first century. The culmination of a seven-year inquiry, Bedlam is not only a rallying cry for change, but also a guidebook for how we move forward with care and compassion, with resources that have never before been compiled, including legal advice, practical solutions for parents and loved ones, help finding community support, and information on therapeutic options.