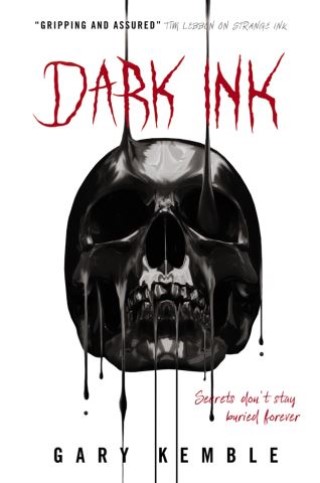 Investigating sordid political corruption, journalist Harry Hendrick grows uneasy when he hears rumours of a chilling figure behind it. Mistress Hel plies her dark arts from a luxurious suburban lair, motivated by a desire for revenge from a past marred by terrible wrongs.

Harry hears of demonic visions, of people under a supernatural thrall, and is slowly drawn into her web. Inside are diabolical ceremonies and visions that threaten both his sanity and his life; something black and infernal reaching out into the world...

Gary Kemble: Gary Kemble's award-winning short fiction has been published in magazines and anthologies in Australia and abroad, and his non-fiction has appeared in newspapers, magazines and online. Born in England, Gary now lives in Brisbane with his wife and kids, where he is the Social Media Co-ordinator for national news broadcaster ABC News. Strange Ink is his first novel.