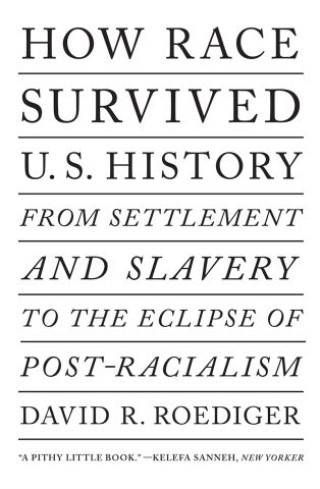 How Race Survived US History

From Settlement and Slavery to the Eclipse of Post-racialism

An absorbing chronicle of the role of race in US history, by the foremost historian of race and labor

The Obama era produced countless articles arguing that America’s race problems were over. The election of Donald Trump has proved those hasty pronouncements wrong. Race has always played a central role in US society and culture.

Surveying a period from the late seventeenth century—the era in which W.E.B. Du Bois located the emergence of “whiteness”—through the American Revolution and the Civil War to the civil rights movement and the emergence of the American empire, How Race Survived US History reveals how race did far more than persist as an exception in a progressive national history. This masterful account shows how race has remained at the heart of American life well into the twenty-first century.