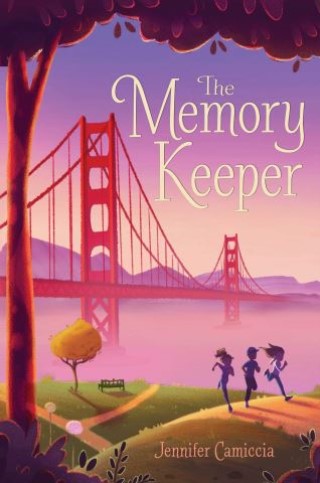 Fish in a Tree meets The Thing About Jellyfish in this heartfelt middle grade debut about long-buried secrets, the power of memory, and the bond between a girl and her gram.

All Lulu Carter wants is to be seen. But her parents are lost in their own worlds, and Lulu has learned the hard way that having something as rare as HSAM—the ability to remember almost every single moment in her life—won’t make you popular in school.

At least Lulu has Gram, who knows the truth about Lulu’s memory and loves her all the more for it. But Gram has started becoming absentminded, and the more lost she gets, the more she depends on Lulu…until Lulu realizes her memory holds the very key to fixing Gram’s forgetfulness. Once Lulu learns that trauma can cause amnesia, all she needs to do to cure Gram is hunt down that one painful moment in Gram’s life.

With her friends Olivia and Max, Lulu digs into Gram’s mysterious past. But they soon realize some secrets should stay buried, and Lulu wonders if she ever knew Gram at all. It’s up to Lulu to uncover the truth before the only person who truly sees her slips away.

Jennifer Camiccia: Jennifer Camiccia has lived in the wilds of Los Angeles, where she wrote her first book at the tender age of five; Iran, where she developed a fear of camels and a fondness for pistachios; Hawaii, with its balmy breezes and memories of learning to swim; and the San Francisco Bay Area, where she now lives with her children and husband. Visit her online at JenCamiccia.com or on Twitter: @JenCamiccia.