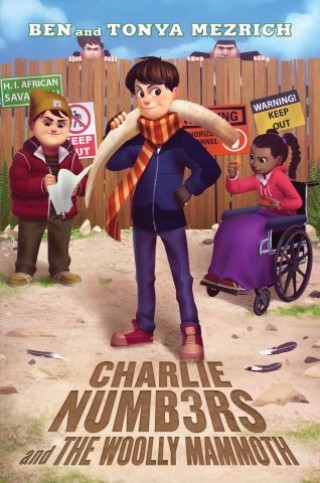 Charlie Numbers and the Woolly Mammoth

Charlie and the Whiz Kids discover a prehistoric mammoth tusk and stumble right into the nefarious clutches of an eccentric billionaire in this hilarious third novel of the Charlie Numbers series.

Charlie Numbers and his gang of Whiz Kids—along with a few new allies—are on another mission: this time, to uncover the truth behind the mysterious mammoth tusk they found buried in the Boston Public Gardens.

Their hunch? Blake Headstrom, eccentric billionaire, philanthropist, and collector of some renown, has been smuggling mammoth tusks into the city. The only question is: Why? Selling woolly mammoth tusks isn’t illegal…but selling elephant ivory is. And Charlie’s certain Headstrom’s plans are more sinister than they seem.

But Headstrom is a powerful man, with powerful connections. If the Whiz Kids want to expose him for the criminal they know he is, they’re going to have to catch him red-handed. Now if only Headstrom’s henchmen weren’t lurking at every turn…

Ben Mezrich: Ben Mezrich graduated magna cum laude from Harvard. He has published seventeen books, including the New York Times bestsellers The Accidental Billionaires, which was adapted into the Academy Award–winning film The Social Network, and Bringing Down the House, which was the basis for the hit movie 21. He lives in Boston.When Tonya Mezrich was little, she preferred art to reading. But then she learned that reading could be just as cool, and so could writing books. She attended Tufts University, where she studied French literature and art history. She later developed a jewelry line and clothing line and launched and cohosted the TV show Style Boston. She is the resident fashion expert at NECN and writes a blog about style and fashion at TonyaMezrich.com. She and Ben live in Boston with their two kids and a pug.