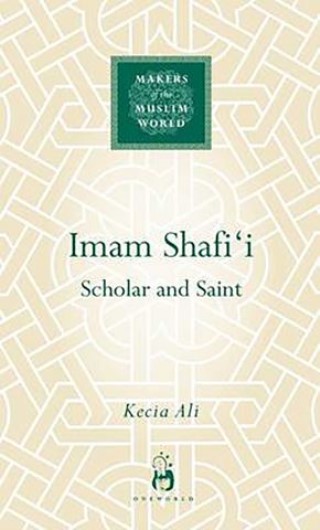 Muhammad ibn Idris al-Shafi'i (767-820) was one of Islam's foundational legal thinkers. Shafi'i considered law vital to social and cosmic order: the key obligation of each Muslim was to obey God, and it was through knowing and following the law that human beings fulfilled this duty. Drawing on the most recent scholarship on Shafi'i's work as well as her own investigations into his life and writings, Kecia Ali explores Shafi'i's innovative ideas about the nature of revelation and the necessary if subordinate role of human reason in extrapolating legal rules from revealed texts. This study sketches his life in his intellectual and social context, including his engagement with other early figures including Malik and Muhammad al-Shaybani. It explores the development and refinement of his legal method and substantive teachings as well as their transmission by his students. It also shows how he became the posthumous "patron saint" of a legal school, who remains today a figure of popular interest and veneration as well as a powerful symbol of orthodoxy.

Kecia Ali: Kecia Ali is Associate Professor of Religion at Boston University. She is a world authority on Islamic jurisprudence, and author of Sexual Ethics and Islam: Feminist Reflections on Qur'an, Hadith and Jurisprudence.