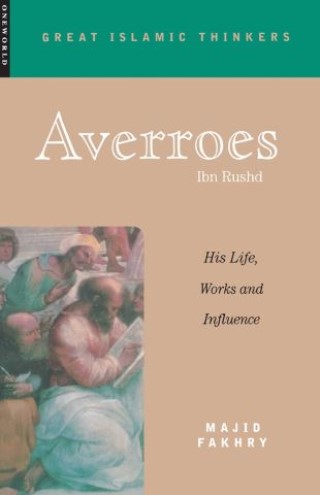 His Life, Work and Influence

This stimulating book covers all area of the twelfth century Muslim philosopher's life from his transmission of Aristotelian thought to the Western world, to his conflict with the Ash'arite theologians.

Majid Fakhry: Majid Fakhry is Emeritus Professor of Philosophy at the American University of Beirut, and formerly Lecturer at SOAS, University of London, Visiting Professor at UCLA, and Associate Professor of Philosophy, Georgetown University. He is also currently Senior Fellow at the Center for Muslim-Christian Understanding, Georgetown University. His publications include 'A History of Islamic Philosophy' (Columbia University Press), 'The Qur'an: A Modern English Version' (Garnet), 'Ethical Theories in Islam' (Brill), 'Averroes: His Life, Works and Influence', and 'Al-Farabi, Founder of Islamic Neoplatonism' (both for Oneworld).