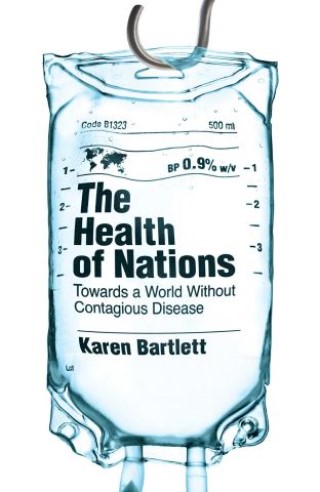 The Health of Nations

The Campaign to End Polio and Eradicate Epidemic Diseases

‘Hope lies in dreams, in imagination, and in the courage of those who dare to make dreams into reality.’ – Jonas Salk, inventor of one of the first successful polio vaccines

No one will die of smallpox again…

One of the worst killers ever is now consigned to history – perhaps the greatest humanitarian achievement of our age. Now polio, malaria and measles are on the hit list.

Karen Bartlett tells the dramatic story of the history of eradication and takes us to the heart of modern campaigns. From high-tech labs in America to the poorest corners of Africa and the Middle East, we see the tremendous challenges those on the front lines face every day, and how they take us closer to a brave new world.

Karen Bartlett: Karen Bartlett is a journalist, film-maker and Sunday Times bestselling author whose writing has appeared in the Sunday Times, The Times, Guardian, Newsweek, New Statesman and Wired. Previously she worked with Nelson Mandela and United World Colleges, the Fabian Society, and as director of the human rights campaign group Charter88. She lives in Barnet, London.