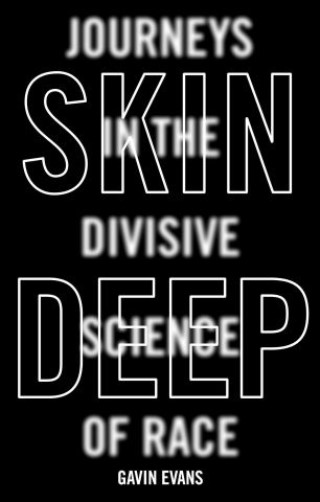 Journeys in the Divisive Science of Race

Everything you need to know about race (but were afraid to ask).

REALITY: Modern intelligence evolved tens of thousands of years earlier, leading to the birth of culture in Africa.

Does racism have a rational basis in science?

In Skin Deep, Gavin Evans tackles head-on the debate that has been raging on internet message boards and in academic journals. No longer limited to the fringe, race-based studies of intelligence have been discussed by thinkers such as Sam Harris and Jordan Peterson. If these studies were true, they would provide an intellectual justification for inequality and discrimination.

Examining the latest research on how intelligence develops and laying out new discoveries in genetics, palaeontology, archaeology and anthropology to unearth the truth about our shared past, Skin Deep demolishes the pernicious myth that our race is our destiny and instead reveals what really makes us who we are.

Gavin Evans: Gavin Evans was born in London and grew up in Cape Town, where he became intensely involved in the anti-apartheid struggle. He studied economic history and law before completing a PhD in political studies, writing extensively on race and racism. He lectures in the Culture and Media department at Birkbeck College, London, and broadcasts regularly for the BBC World Service and is a keen marathon runner.