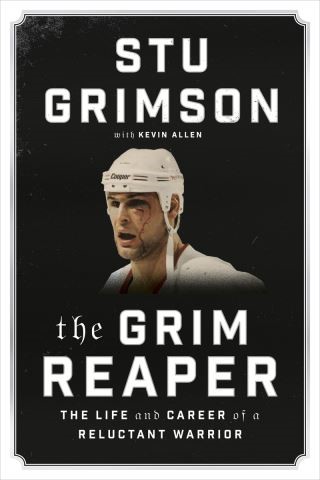 The Life and Career of a Reluctant Warrior

A powerful memoir from an NHL heavyweight champion who moved from the dressing room to the courtroom.

They all grew up dreaming of skating in the big league as stars. Then one day, a coach tells them the only way to make it is to drop the gloves. And every guy says the same thing: I'll do whatever it takes to play in the NHL.

Not Stu Grimson, though. When he was offered a contract to patrol the ice for the Calgary Flames, he said no thanks, and went to university instead. And that's the way Grimson has approached his career and his life: on his own terms. He stared down the toughest players on the planet for seventeen years, while working on his first university degree. He retired on his own terms, and went on to practice law, including a stint as in-house counsel for the NHLPA.

This has put him in a unique position when it comes to commenting on the game. He's seen it from the trenches, and he's seen it from the courtroom. This puts him in the eye of the storm surrounding fighting and concussions. And he handles that the way he does everything: on his own terms. When Don Cherry called him out on televison, it was the seemingly indominable Cherry who backed down. Hockey fans will be fascinated by his data-driven defence of fighting.

But in the end, this is not a book about fighting and locker-room stories. It's the story of a young man who ultimately took on the toughest role in pro sports and came out the other side. Where many others have not.

Stu Grimson: STU GRIMSON played in the National Hockey League from 1989 to 2002. During this time, he played for the Calgary Flames, Chicago Blackhawks, Mighty Ducks of Anaheim, Detroit Red Wings, Hartford Whalers/Carolina Hurricanes, Los Angeles Kings, and Nashville Predators. Grimson was known as an enforcer, with over 2,000 penalty minutes in his career. His stature, his reputation as a fighter, and a play on his surname combined to earn him the nickname "The Grim Reaper." Grimson was born in Vancouver, British Columbia, but grew up in Kamloops, British Columbia.