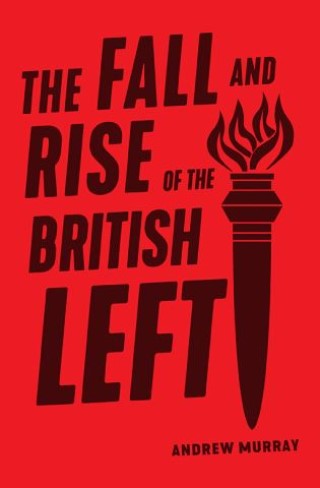 The Fall and Rise of the British Left

The return of British socialism: Where does it comes from? Why now? And where is it going?

The remarkable advance of "Corbynism" did not emerge from nowhere. It is the product of developments in socialist and working-class politics over the past forty years and more. The Thatcher era witnessed a wholesale attack on the post war consensus and welfare state, through a regime of deregulation, attacks on the unions, privatisations, and globalisation. However, at the same time, there has been a persistent resistance to the growing powers of neo-liberalism - yet this side of the story is rarely told as it was considered to be a history of defeat. Yet out of this struggle emerged a thoroughly modern socialism.

This book is essential reading for those who want to know where Corbynism comes from: the policies, personalities and moments of resistance that has produced this new horizon. This includes the story of power struggles within the Labour Party, and the eventual defeat of New Labour. The movements outside it - trade unions, feminists groups, anti-fascists activists, anti-war protestors - that have driven the policies of the movement forward. And the powerful influence of international groups that have shaped the potential for a global progressive politics.

Andrew Murray: Andrew Murray has been Chief of Staff of Unite union since 2011, and was previously its Director of Communications. He was Chair of the Stop the War Coalition from 2001 to 2011, when he was replaced by Jeremy Corbyn, and again from 2015 to 2016. From 1978 to 1984 he worked as a parliamentary and political correspondent for the Morning Star newspaper. He is the author of a number of books on history and politics, including Off the Rails: The Crisis on Britain's Railways (Verso 2001), A New Labour Nightmare (Verso 2003) and Stop the War: The Story of Britain's Biggest Mass Movement (Bookmarks 2005, with Lindsey German). He worked as part of the strategic leadership of Labour's 2017 general election campaign.