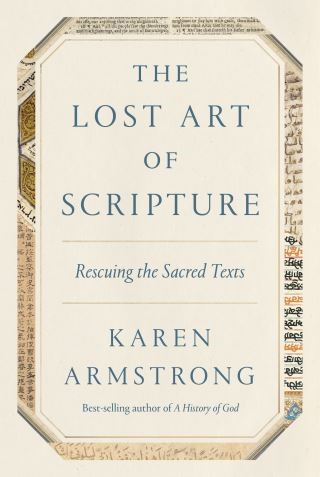 The Lost Art of Scripture

Today the Quran is used by some to justify war and acts of terrorism, the Torah to deny Palestinians the right to live in the Land of Israel, and the Bible to condemn homosexuality and contraception. The significance of scripture may not be immediately obvious in our secular world, but its misunderstanding is perhaps the root cause of many of today's controversies.

In this timely and important book, one of the most trusted and admired writers on the world of faith examines the meaning of scripture. The sacred texts have been coopted by fundamentalists, who insist that they must be taken literally, and by others who interpret scripture to bolster their own prejudices. These texts are seen to prescribe ethical norms and codes of behavior that are divinely ordained: they are believed to contain eternal truths. But as Karen Armstrong shows in this chronicle of the development and significance of major religions, such a narrow, peculiar reading of scripture is a relatively recent, modern phenomenon. For most of their history, the world's religious traditions have regarded these texts as tools that enable the individual to connect with the divine, to experience a different level of consciousness, and to help them engage with the world in more meaningful and compassionate ways.

At a time of intolerance and mutual incomprehension, The Lost Art of Scripture shines fresh light on the world's major religions to help us build bridges between faiths and rediscover a creative and spiritual engagement with holy texts.

Karen Armstrong: KAREN ARMSTRONG is the author of numerous books on religious affairs, including The Case for God, A History of God, The Battle for God, Holy War, Islam, Buddha,and The Great Transformation, as well as a memoir, The Spiral Staircase. Her work has been translated into forty-five languages. In 2008 she was awarded the TED Prize and began working with TED on the Charter for Compassion, created online by the general public, and crafted by leading thinkers in Judaism, Christianity, Islam, Hinduism, Buddhism, and Confucianism. The charter was launched globally in the fall of 2009. She is currently an ambassador for the United Nations Alliance of Civilizations.