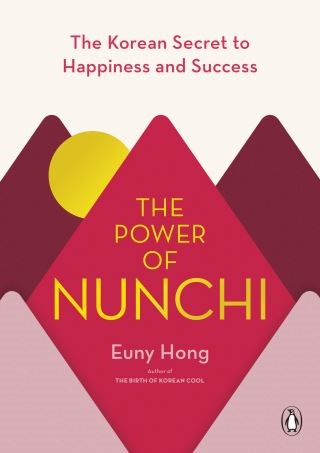 The Korean Secret to Happiness and Success

"A must-read for anyone interested in the art of intuitively knowing what others feel." --Haemin Sunim, bestselling author of The Things You Can See Only When You Slow Down and Love for Imperfect Things

The Korean sixth sense for winning friends and influencing people, nunchi (pronounced noon-chee) can help you connect with others so you can succeed in everything from business to love. The Power of Nunchi will show you how.

Have you ever wondered why your less-skilled coworker gets promoted before you, or why that one woman from your yoga class is always surrounded by adoring friends? They probably have great nunchi. The art of reading a room and understanding what others are thinking and feeling, nunchi is a form of emotional intelligence that anyone can learn--all you need is your eyes and ears. Sherlock Holmes has great nunchi. Cats have great nunchi. Steve Jobs had great nunchi. With its focus on observing others rather than asserting yourself--it's not all about you!--nunchi is a refreshing antidote to our culture of self-promotion, and a welcome reminder to look up from your cell phone.

Nunchi has been used by Koreans for more than 5,000 years. It's what catapulted their nation from one of the world's poorest to one of the richest and most technologically advanced in half a century. And it's why K-pop--an unlikely global phenomenon, performed as it is in a language spoken only in Korea--is even a thing. Not some quaint Korean custom like taking off your shoes before entering a house, nunchi is the currency of life. The Power of Nunchi will show you how the trust and connection it helps you to build can open doors for you that you never knew existed.

Euny Hong: Euny Hong is the author of The Birth of Korean Cool and a journalist who has written for The New York Times, The Washington Post, The Wall Street Journal, The Boston Globe, and Financial Times. A self-described "nunchi ninja," at age twelve she moved with her family from suburban Chicago to South Korea, not knowing Korean, and within a year was at the top of her class--thanks to her nunchi. She divides her time between New York and Paris and is fluent in English, Korean, French, German--and nunchi.