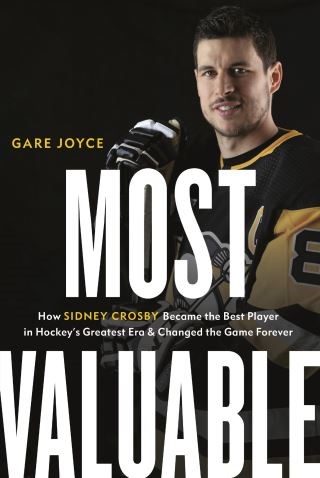 This hockey generation's brightest talent has been plagued by concussions. Now, the very style of play that has brought Crosby such success may be heralding the end of his career.

Sidney Crosby is arguably the best player ever to put on skates. You could argue that Bobby was better, or Wayne, or Gordie. But it would be hard to argue that any of those guys changed the game as much as Sid. No defenceman came along in Bobby's wake to play like him. There will never be another 99. But in Crosby's case, the entire league was re-made in his image.

The game can be divided into two eras: before and after Sidney Crosby arrived in 2005, breaking Mario Lemieux's rookie scoring record. Says NHL star Matt Duchene, who entered the league in 2008, just three years after Crosby: "Just in the time that I was going from peewee and bantam to junior, there was a whole other game before and after. You didn't have a choice really--you had to adapt and adopt the way he did things or get left way behind."

In an effort to keep up with Sid, the game changed. It's faster now, more skilled. There are more highlight-reel goals, and fewer fights. And in many ways, Crosby has thrived. Three Stanley Cups. Two Olympic gold medals. A World Cup. And enough individual trophies to fill a truck.

But then, if Crosby hadn't changed the league, he might expect a longer career. Today, Sidney Crosby is the first generational superstar whose every shift could be his last. He invented a faster game, and the faster game has taken its toll on its creator. Crosby has suffered several concussions, and missed most of an entire season with symptoms. He plays the game fearlessly, but he also plays it without a bodyguard.

Telling the story of a generational talent and the way he has revolutionized the game, Gare Joyce will also bring into focus crucial questions about the way the game is played today, assessing fighting and concussions in the light of the way these issues impinge on arguably the greatest player ever to skate.

Gare Joyce: GARE JOYCE, described by Sports Illustrated as "one of this continent's master craftsmen of sporting prose," has appeared in every publication from the New York Times to Sportsnet, has won four National Magazine Awards and been a finalist 19 times. He is the bestselling author of the Brad Shade mystery series comprising of The Code, The Black Ace, and The Third Man In, and has authored or contributed to eight other books on hockey, including books on Sidney Crosby and Alex Ovechkin. Based in Toronto, he has written about sports and more important things for newspapers and magazines for thirty years.