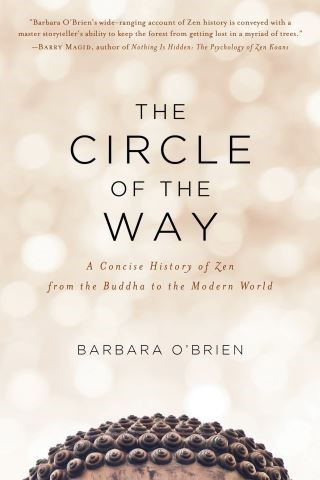 The Circle of the Way

Zen Buddhism has a storied history--Bodhidharma sitting in meditation in a cave for nine years; a would-be disciple cutting off his own arm to get the master's attention; the proliferating schools and intense Dharma combat of the Tang and Song Dynasties; Zen nuns and laypeople holding their own against patriarchal lineages; the appearance of new masters in the Zen schools of Korea, Japan, Vietnam, and later the Western world. In The Circle of the Way, Zen practitioner and popular religion writer Barbara O'Brien brings clarity to this huge swath of history by charting a middle way between Zen's traditional lore and the findings of modern historical scholarship. In a clear and often funny style, O'Brien parses fact from fiction while always attending to the greatest interest of contemporary practitioners--the development of Zen doctrine and practice as a living tradition across cultures and centuries.