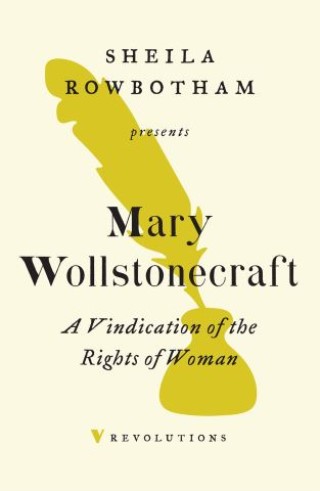 A Vindication of the Rights of Woman

“It would be an endless task to trace the variety of meannesses, cares, and sorrows, into which women are plunged by the prevailing opinion that they were created rather to feel than reason, and that all the power they obtain, must be obtained by their charms and weakness.”—Mary Wollstonecraft

Composed in 1790, Mary Wollstonecraft’s seminal feminist tract A Vindication of the Rights of Woman broke new ground in its demand for women’s education. A Vindication remains one of history’s most important and elegant broadsides against sexual oppression. In her introduction, renowned socialist feminist Sheila Rowbotham casts Wollstonecraft’s life and work in a new light.

Mary Wollstonecraft: Mary Wollstonecraft (1759–1797) first achieved fame for her A Vindication of the Rights of Woman (1792), in which she extended the radical idea of the &ldquo;rights of man&rdquo; to women and laid the groundwork for modern feminism.

Sheila Rowbotham is Honorary Research Fellow in Sociology in the School of Social Sciences within the Faculty of Humanities at Manchester University and Visiting Fellow in the School of Sociology, Politics and International Studies at the University of Bristol. She is also a Fellow of the Royal Society of Arts. Her many books include the James Tait Black–shortlisted Edward Carpenter: A Life of Liberty and Love, A Century of Women: The History of Women in Britain and the United States in the Twentieth Century, Promise Of A Dream: Remembering the Sixties, and Dreamers of a New Day: Women Who Invented the Twentieth Century. She has written for, among other newspapers, the Guardian, The Times, The Independent, New Statesman, and The New York Times. She lives in Manchester.