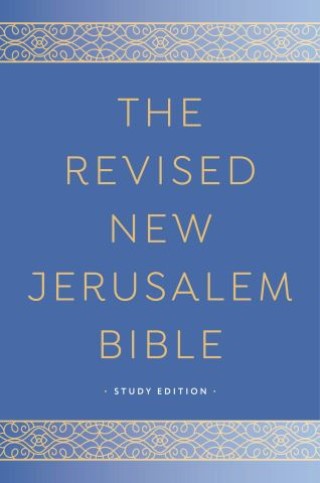 A beautiful, fully updated edition of the popular and beloved New Jerusalem Bible, which has sold over half a million copies.

• a bold, rich language as suitable for reading out loud as for studying in silence, so that “the message might be fully proclaimed” (2 Timothy 4:17)
• accurate translation of the original scriptures rather than the “dynamic equivalence” of some other modern versions
• assurance that the message of the Bible is directed to men and women equally, despite the inbuilt bias of the English language

This comprehensive Study Edition is the world’s first presentation of the full Revised New Jerusalem Bible, complete with study notes, cross-references, and book introductions. It has been prepared and edited for a modern readership by Dom Henry Wansbrough, OSB, who was general editor of the New Jerusalem Bible.

• The book of Psalms is based on the text of the 2010 translation of The Revised Grail Psalms.
• Ancient systems of measure and time have been replaced by modern, metric equivalents.
• A table of the notes provides explanations of the key words, themes, and ideas in the Bible’s major footnotes.
• A chronological table, an index of persons, and eight pages of full-color maps provide historical context.

For all who are discovering the mysteries contained in Scripture for the first time and for those coming to this holy book for regular inspiration, only a clear, understandable Bible translation will do. The Revised New Jerusalem Bible is the one Christians the world over can trust.