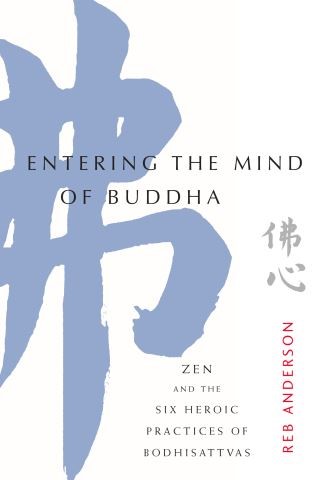 Entering the Mind of Buddha

Zen and the Six Heroic Practices of Bodhisattvas

An inspiring guide to the practice of the Buddhist paramitas or "perfections" from respected American Zen master Reb Anderson.

The six paramitas—generosity, ethical discipline, patience, heroic effort, concentration, and wisdom—are among the core teachings of Buddhism across all its schools. For newcomers and seasoned practitioners alike, they are foundational practices to enter and realize the mind of Buddha. In this sincere and powerful book, Zen teacher Reb Anderson offers teachings and practice stories that elucidate and open up each paramita. Taken together, the six “perfections” form an integrated and complete path—the path of the heroic bodhisattva who vows to practice ceaselessly for the welfare and liberation of all beings.

Tenshin Reb Anderson: Reb Anderson was ordained as a Zen priest at the San Francisco Zen Center by Shunryu Suzuki Roshi in 1970. Since then, Reb has continued to practice at the San Francisco Zen Center, where he served as abbot from 1986 to 1995 and is now a senior dharma teacher. His previous books are Being Upright: Zen Meditation and the Bodhisattva Precepts, Warm Smiles from Cold Mountains: Dharma Talks on Zen Meditation, and The Third Turning of the Wheel: Wisdom of the Samdhinirmocana Sutra.