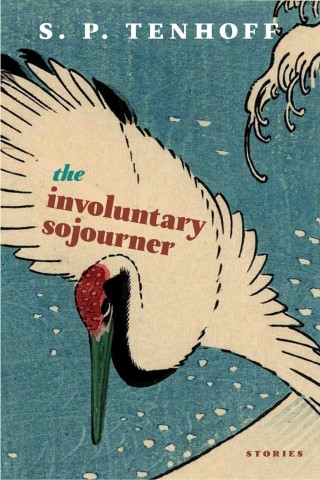 A debut collection of stories, uncanny and profound.

In this striking debut, S. P. Tenhoff takes us to real and imagined countries around the globe, where characters find themselves passengers on voyages beyond the boundaries of their familiar world and their understanding of themselves. A town is split in two, a line painted down the middle, when two warring governments decide, arbitrarily, to redraw borders. A man hits a boy in a car accident that he begins to suspect might not have been an accident after all. An aging puppeteer in Edo-period Japan struggles to choose a successor before dementia overtakes him. And in the title story, a mysterious illness causes its victims to travel like sleepwalkers to distant countries, where they wake to discover that they are now fluent in languages and cultures they previously didn't know at all. Uncanny and profound, these ten stories capture those pivotal moments when our sense of place and self is forever shaken, and we must chart a new course.

S.P. Tenhoff: S. P. Tenhoff's writing has appeared in Conjunctions, the Gettysburg Review, American Short Fiction, the Southern Review, the Antioch Review, Ninth Letter, Electric Literature's Recommended Reading, and elsewhere, and has been excerpted on Longform.org. He is a recipient of the Editor's Reprint Award and Columbia University's Bennett Cerf Memorial Prize for Fiction. His short fiction has been selected as a finalist for the Italo Calvino Prize in Fabulist Fiction, among other awards. The Involuntary Sojourner was a finalist for the Mary McCarthy Prize and the Autumn House Fiction Prize.