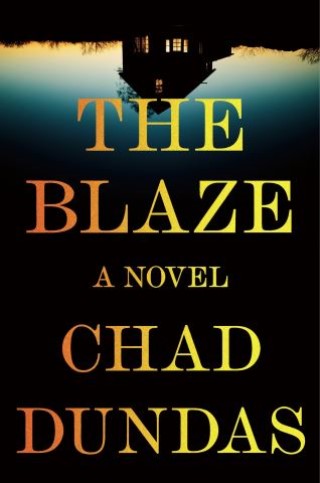 "In Dundas' assured hands, one man's search for answers makes for a lyrical, riveting meditation on memory."--EW

One man knows the connection between two extraordinary acts of arson, fifteen years apart, in his Montana hometown--if only he could remember it.

Having lost much of his memory from a traumatic brain injury sustained in Iraq, army veteran Matthew Rose is called back to Montana after his father's death to settle his affairs, and hopefully to settle the past as well. It's not only a blank to him, but a mystery. Why as a teen did he suddenly become sullen and vacant, abandoning the activities and people that had meant most to him? How did he, the son of hippy activists, wind up enlisting in the first place?

Then on his first night back, Matthew sees a house go up in flames, and it turns out a local college student has died inside. And this event sparks a memory of a different fire, an unsolved crime from long ago, a part of Matthew's past that might lead to all the answers he's been searching for. What he finds will connect the old fire and the new, a series of long-unsolved mysteries, and a ruthless act of murder.

Chad Dundas: Chad Dundas earned his MFA from the University of Montana, and his short fiction has appeared in the Beloit Fiction Journal, Sycamore Review, Sou'Wester, and Thuglit. Since 2001, he's worked as a sportswriter for national outlets including ESPN, NBC Sports, Sporting News, Bleacher Report, and the Associated Press, as well as local and regional newspapers. A fourth-generation Montanan, he lives with his wife and children in Missoula.