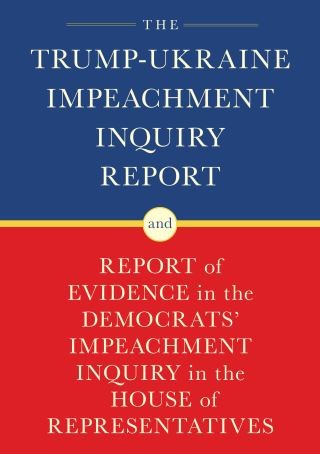 This book includes BOTH the official report of the impeachment investigation by the House Intelligence Committee AND the document issued in response by House Republicans.

A guidebook to the impeachment of President Trump, this two-in-one book contains BOTH the official report of the impeachment investigation by the House Intelligence Committee led by Adam Schiff AND the document issued in response issued by House Republicans led by Devin Nunes. And the package tells half the story: The book is published as a "flip" book -- that is, with each cover acting as a front cover, one for the Committee report, and one for the Republican report. Depending on which one you read first, you then flip the book over to read the other.