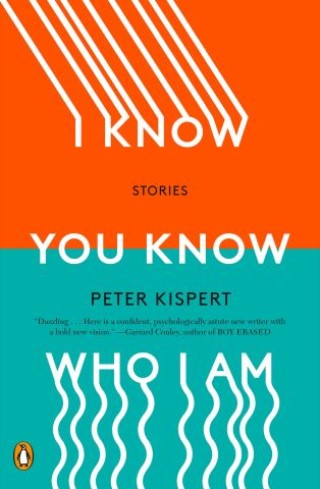 I Know You Know Who I Am

"Riveting… Every lie reveals itself so exquisitely that the parallels become an added pleasure, as soon as we uncover the ways they diverge." —New York Times Book Review

Throughout this striking debut collection we meet characters who have lied, who have sometimes created elaborate falsehoods, and who now must cope with the way that those deceptions eat at the very fabric of their lives and relationships. In the title story, the narrator, desperate to save a love affair on the rocks, hires an actor to play a friend he invented in order to seem less lonely, after his boyfriend catches on to his compulsion for lying and demands to know this friend is real; in "Aim for the Heart," a man's lies about a hunting habit leave him with an unexpected deer carcass and the need to parse unsettling high school memories; in "Rorschach," a theater producer runs a show in which death row inmates are crucified in an on-stage rendering of the New Testament, while being haunted daily by an unrequited love and nightly by ghosts of his own creation.

In I Know You Know Who I Am, Kispert deftly explores deception and performance, the uneasiness of reconciling a queer identity with the wider world, and creates a sympathetic, often darkly humorous, portrait of characters searching for paths to intimacy.

Peter Kispert: Peter Kispert is the author of the story collection I Know You Know Who I Am (Penguin Books, 2020). His fiction and nonfiction has appeared or is forthcoming in GQ, Esquire, Playboy, Electric Literature's Recommended Reading, The Carolina Quarterly, The Journal, Slice, and elsewhere. He lives in New York.