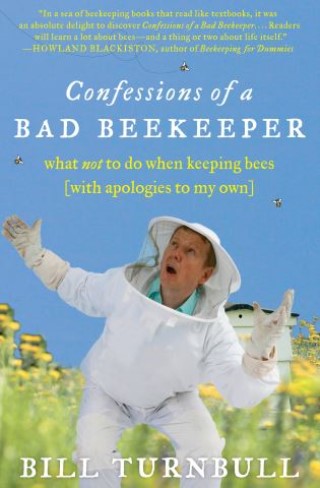 Confessions of a Bad Beekeeper

The popular host of BBC Breakfast recounts his many misadventures as a backyard beekeeper—“A truly wonderful read” (Diana Sammataro, PhD, coauthor of The Beekeeper’s Handbook).

Bill Turnbull had no intention of becoming a beekeeper. But when he saw an ad for beekeeping classes—after a swarm of bees landed in his suburban backyard—it seemed to be a sign. Despite being stung on the head—twice—at his first hands-on beekeeping class, Turnbull found himself falling in love with the fascinating, infuriating honeybee.

As a new beekeeper, Turnbull misplaced essential equipment, got stung more times—and in more places—than he cares to remember, and once even lost some bees up a chimney. But he kept at it, with a ready sense of humor and Zen-like acceptance of every mishap. And somehow, along the way, he learned a great deal about himself and the world around him.

Confessions of a Bad Beekeeper chronicles Turnbull’s often hilarious and occasionally triumphant adventures in the curious world of backyard beekeeping. Along the way, he offers plenty of hard-won apiarian wisdom and highlights both the threat to our bee population and what we can do to help these vital little creatures do their wonderful work.