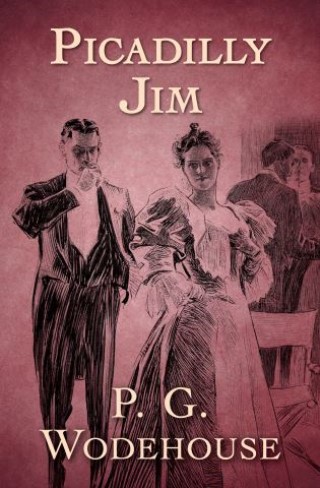 Youthful rebellion, romantic entanglements, and actual espionage collide in this comic coming-of-age novel by the author of My Man Jeeves.

Twenty-one-year-old James Braithwaite Crocker is developing a reputation as a bit of a wild man. He used to write for the New York Sunday Chronicle. But now that he’s home in London, he’s getting written up in it—and his family is none too pleased with the antics of “Piccadilly Jim.”

So relatives from New York arrive to bring Jim back with them across the pond—and away from his father’s bid for a lordship. But trouble has a way of following Piccadilly Jim, and when he meets the most beautiful girl he’s ever seen, trouble takes on a whole new meaning. In a madcap plot of false identities, family schemes, and a newly invented explosive powder, Jim will manage to fall in love and maybe even grow up in the process.

Since its first serialized publication in the Saturday Evening Post in 1916, Piccadilly Jim has been adapted into three films, including a 2004 release starring Sam Rockwell and Frances O’Connor.