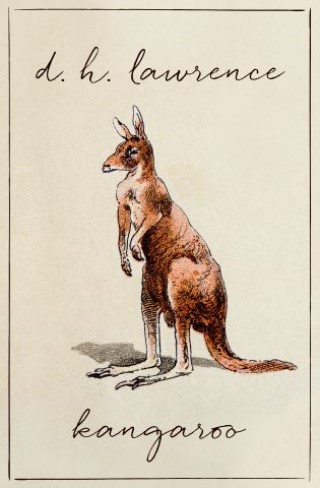 This novel of 1920s Australia by the author of Lady Chatterley’s Lover is “one of the sharpest fictional visions of the country and its people” (Gideon Haigh).

A few years after the close of World War I, English author Richard Lovat Somers and his German wife, Harriet, have fled the grim remains of Europe and ventured to Australia. But they soon discover the new world is an escape from neither the demands of politics nor the nightmarish memories of Richard’s service on the front lines.

In Sydney, Richard meets Benjamin Cooley, a charismatic lawyer known to all as Kangaroo. But Kangaroo is also the leader of an underground fascist organization. While Richard finds himself drawn to the man’s strength and certainty of purpose, he is simultaneously repelled by his embrace of dehumanizing violence.

In this semi-autobiographical novel, author D. H. Lawrence plumbs the depths of his own experience in the Great War while exploring in vivid detail the breathtaking landscape and social volatility of Australia.

D. H. Lawrence:
D. H. Lawrence (1885–1930) was an English novelist, essayist, playwright, and poet remembered as one of the twentieth century’s most influential writers. His novel Lady Chatterley’s Lover garnered controversy for its graphic sexual content and was banned in the United States until 1959. Lawrence’s works, including Women in Love and Sons and Lovers, are now considered to be classics of English literature. He died in Vence, France, from complications of tuberculosis.