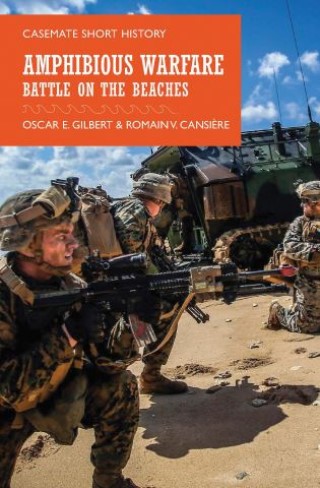 Battle on the Beaches

“An easily accessible short history” of offensive military operations on hostile shores from the authors of First to Fight: The U.S. Marines in World War I (Midwest Book Review).

One of the most difficult types of warfare to master, landing on a hostile beach requires scrupulous planning and intense coordination between the air, sea, and land forces.

With a history reaching back to the Persians landing on the Greek shores at the Battle of Marathon in 490 BC, it was the First World War that marked the beginning of modern amphibious warfare, with the Royal Marines combining their efforts with the Royal Navy. Despite the disastrous Gallipoli amphibious operation to seize the Dardanelles Straits in 1915, the Royal Navy and US Marine Corps continued to develop new landing crafts through the interwar years. The Second World War proved more successful for amphibious warfare, with the Japanese invasion of the Philippines in 1941 crushing the American forces defending the Pacific islands and the D-Day landings by the Allied troops in 1944 initiating the beginning of the end of the war in Europe.

This accessible short history looks at the historical development of amphibious warfare, telling the stories of particular landings and the units that have taken part in this unique type of warfare. The Royal Marines and US Marine Corps continue to evolve and play a crucial role in defense today, with specialized amphibious warfare ships being deployed to enable elite forces to respond promptly to threats across the globe.

“A brief but very useful overview of an important aspect of modern warfare.” —Baird Maritime