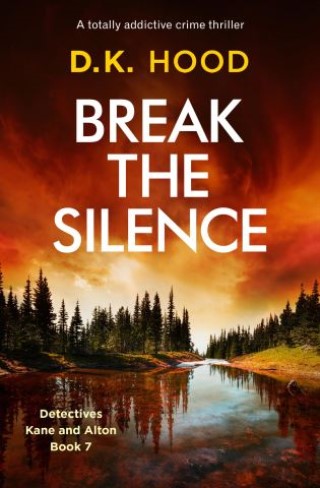 Her head throbbed as she stumbled up the stairs. Music vibrating and the sound of partygoers fill her head as she walks into one of the dark, empty rooms. As she sits on the bed, she hears the unmistakable sound of the door locking behind her. She is not alone.

The body of college student Chrissie Lowe lies curled into a ball – long red cuts along her arms suggesting how she had met her death. Detective Jenna Alton is called in to investigate.

Purplish bruising on Chrissie’s upper arms and thighs make Jenna believe there is more to Chrissie’s death than others suspected, and she soon finds herself following the trail of the student’s last few moments, leading her to the scene of a party that had ended just hours before Chrissie’s body was found.

When Jenna hears reports that Chrissie was seen going into the bedroom of a college football star, she knows that finding out what went on behind that closed door could be the key to finding out how Chrissie ended up dead. But then another partygoer dies in an apparent accident at the campus gym just hours later, and Jenna is convinced the deaths are connected.

Facing a wall of silence from the student population, Jenna has to act fast to find the killer, but soon another student is found dead on the campus. As Jenna sends in one of her deputies undercover, she prays that she hasn’t just sealed his fate. Can she find the killer before any more lives are taken?

Fans of Lisa Regan, Karin Slaughter and Rachel Abbott will love this totally gripping page-turner from bestselling crime author D.K. Hood. You won’t be able to put it down!

What readers are saying about Break the Silence:

????? ‘OMG…. I literally devoured this book and it had me at the edge of my seat the whole time. It gripped from the outset.’ Goodreads reviewer

????? ‘Oh Lordy, what a cracking read!... The main plot is excellent with lots of twists and turns and I didn’t for a moment see who was committing the murders.’ Goodreads reviewer

????? ‘Once I started this book, I couldn’t put it down – 5 stars from me! I absolutely love this series.’ Netgalley reviewer

????? ‘This is the best of the series so far… so well written that I had no clue who it was and was shocked by the reveal.’ Goodreads reviewer

????? ‘It will grab you from the turn of the first page and won’t release you until the very last…