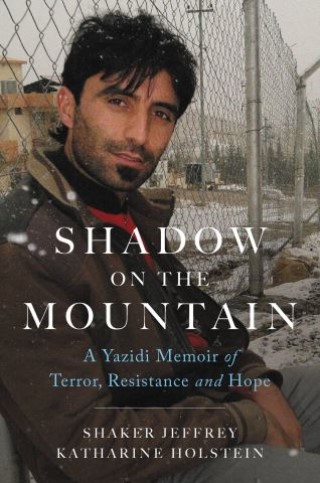 Shadow on the Mountain

A Yazidi Memoir of Terror, Resistance and Hope

A powerful and inspiring memoir of a young Yazidi who served as a U.S. combat interpreter but was later forced to flee into the mountains of Iraq to avoid the ISIS slaughter of his people

Shaker Jeffrey's life has been an odyssey of courage, cunning, and desperation. His journey began as a fatherless Iraqi farm boy. As a child he hung out with American troops and practiced his English. Soon he was helping gather information about terrorists, becoming one of the youngest combat interpreters to work for the United States government, even attracting the notice of General Petraeus.
When he was barely sixteen, ISIS overran his Yazidi community and slaughtered most of its people. He narrowly escaped to the mountains with the remnants of his community. But with incredible daring, he became a valuable go-between, informing the U.S. military of the plight of the trapped Yazidis. Time and again he risked his life, going into enemy territory disguised as an ISIS fighter to mount daring rescue operations. Shaker saved over 1,000 civilians from ISIS, including hundreds of girls forced into sex slavery, although he was unable to save his own fiancée from a terrible fate.
Shaker's powerful and inspiring narrative offers a human face to the people and places caught in the crosshairs of a borderless conflict that has come to define our age.