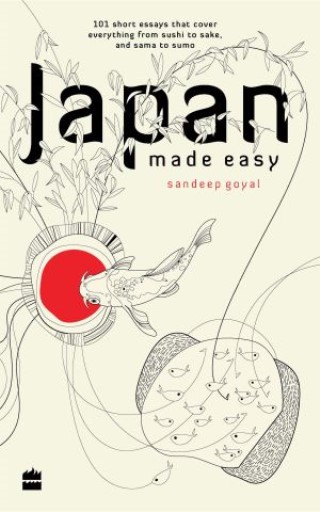 For the average Indian, Japan is the land of the bullet train, zippy cars, and geishas, as also hard to understand. However, what appears to be opaque and insular to the world outside turns out to be a society that is friendly, intimate, and closely knit when you get to know it better. In Japan Made Easy, Sandeep Goyal, an old hand at explaining the country, takes us on a joyous roller-coaster ride through Japanese aesthetics, business, culture, food, philosophy, spirituality, and much else, to make this land of mystery and mystique familiar to us. With India's rising number of tourists to Japan and Olympics 2020 on the horizon, this book is the best guide to a complex, nuanced and an utterly lovable country.

Sandeep Goyal: Sandeep Goyal, 56, has visited Japan over a hundred times over the past twenty-five years. Goyal started his career in advertising with Hindustan Thompson Associates (HTA), now known as Wunderman Thompson. He then worked at Trikaya Grey and Mudra before going on to become the president of Rediffusion - DY&R at the age of thirty-five. Post that, he became Group CEO of Zee Telefilms,the only listed media company at that time in India. In 2003, he partnered with Tokyo-based Dentsu Inc., the world's single largest advertising agency, in joint-ventures for India and the Middle East. His previous book was titled Konjo.