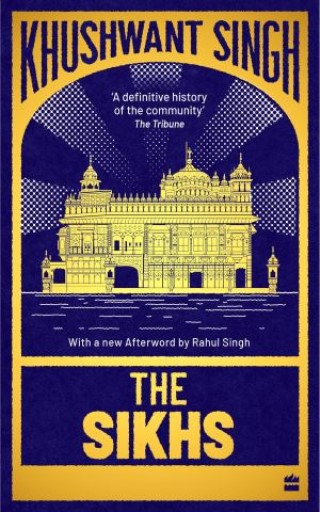 In this classic, Khushwant Singh presents a concise history of the followers of one of the world's youngest religions. Beginning with the life and times of the founder, Guru Nanak (1469-1539), he moves on to describe the vital contribution made by the following nine gurus in shaping and developing the Sikh religion; and the significance of the Sikh holy book, the Guru Granth Sahib, and its centrality to the religion. He examines the setting up of the Singh Sabha and the accompanying social reform, the impact of the Ghadr rebellion and the Akali agitation for control of various Sikh shrines. The new Afterword by his son, journalist Rahul Singh, brings the story of the Sikhs up to date. Authoritative yet accessible, this is one of the most concise and readable accounts of the Sikhs and their faith.

Khushwant Singh: One of India's best-loved columnists and writers, Khushwant Singh (1915-2014) was the author of several novels, including the classics Train to Pakistan; A History of the Sikhs; and an autobiography, Truth, Love and a Little Malice. He was founder-editor of Yojana, and editor of The Illustrated Weekly of India, Hindustan Times and National Herald. In 2007, he was awarded the Padma Vibhushan.