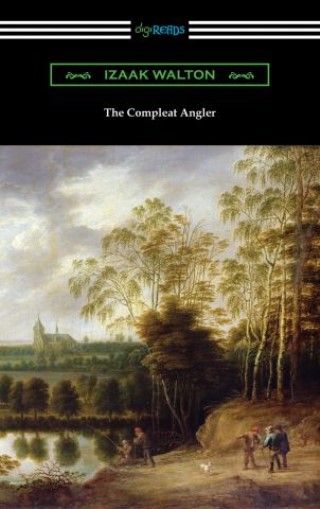 First published in 1653, Izaak Walton’s “The Compleat Angler” is a classic and much-loved treatise on the art of fishing. Immediately popular after its publication, “The Compleat Angler” was reprinted and updated numerous times by Walton. Written as a conversation between the fictional characters of the experienced angler Piscator and his student Viator, which was changed to a hunter named Venator in later editions, the treatise is part an instructional manual on how to catch and eat fish and part a loving tribute to the English pastoral lifestyle and its incredible scenery. Walton’s influential manual was written shortly after the end of the English Civil War, a time of great upheaval and unrest, and extolled a return to a simpler life in the countryside as an antidote to national and personal tragedy. In 1676, Walton’s friend and fellow fishing enthusiast, Charles Cotton, added a second part which included lessons on fly fishing and tying flies, thus expanding the volume significantly. Both of these two parts are included here in this edition. “The Compleat Angler” is a timeless masterpiece on the art and sport of fishing.