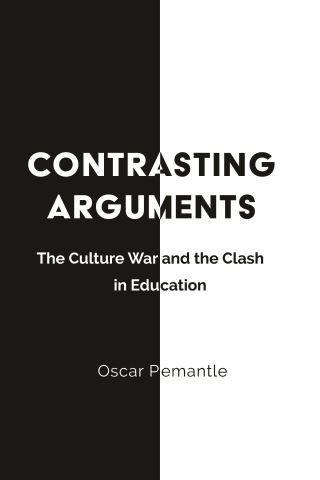 The Culture War and the Clash in Education

Contrasting Arguments presents the variable story of the culture wars and the clash in education from the point of view of the principal actors on the two sides. This makes it a very different story from the one told by their disciples and followers in the schools of education. According to the main actors, the root of the contemporary culture clash goes back to the Enlightenment and beyond to the historical Socrates and the platonic dialogues. However, there are much deeper issues that exist on a more fundamental level: (1) subject-object distinction deriving from Hegel, (2) the nature of human consciousness either as perception or as experience, (3) rejection of consciousness as an entirety and its acceptance by the other side from Gramsci and Freire, (4) the consequent development of a theory of instruction and craft of teaching, and (5) the phenomenon of "inversion" as an explanation of the moral force of the evangelical coming from the left. Each issue is discussed in a chapter devoted to the theme in question, with an appropriate title to guide the reader. This book closes by contrasting the best theories to help readers make their choices and cut through the culture clash. Contrasting Arguments is a must read for students of Gramsci, Freire, Socrates, Plato, Hegel, Dewey, Bruner and beyond who are interested in how these great minds clash in our global education efforts.