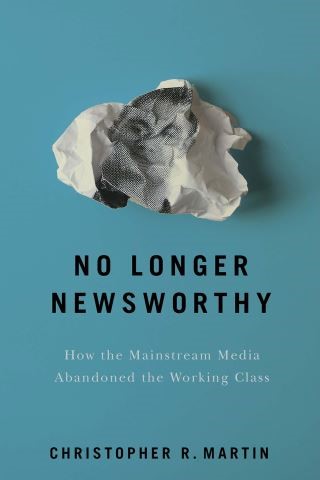 How the Mainstream Media Abandoned the Working Class

Until the recent political shift pushed workers back into the media spotlight, the mainstream media had largely ignored this significant part of American society in favor of the moneyed "upscale" consumer for more than four decades. Christopher R. Martin now reveals why and how the media lost sight of the American working class and the effects of it doing so.

The damning indictment of the mainstream media that flows through No Longer Newsworthy is a wakeup call about the critical role of the media in telling news stories about labor unions, workers, and working-class readers. As Martin charts the decline of labor reporting from the late 1960s onwards, he reveals the shift in news coverage as the mainstream media abandoned labor in favor of consumer and business interests. When newspapers, especially, wrote off working-class readers as useless for their business model, the American worker became invisible. In No Longer Newsworthy, Martin covers this shift in focus, the loss of political voice for the working class, and the emergence of a more conservative media in the form of Christian television, talk radio, Fox News, and conservative websites.

Now, with our fractured society and news media, Martin offers the mainstream media recommendations for how to push back against right-wing media and once again embrace the working class as critical to its audience and its democratic function.