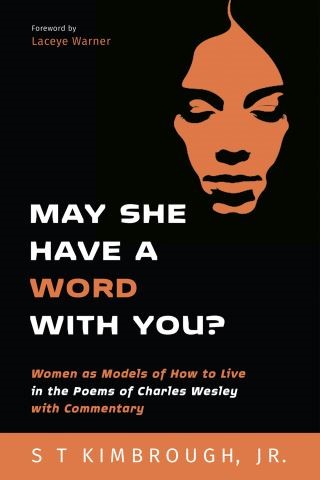 May She Have a Word with You?

Perhaps Charles Wesley's two volumes of Funeral Hymns (1746 and 1759), plus a few poems left in manuscript form, are the least known of his poetical corpus. They are a treasury, however, of his views on the importance of women in eighteenth-century England as examples of how to live the Christian life. Entries in his MS Journal indicate an extremely positive relationship with women who are his coequals in mission and in the Methodist societies, and much of the work depended on them. Furthermore, Charles wrote numerous poems about women, often occasioned by death, which lift up individual women as models for the community at large and the church. The intent of this volume is not to present a historical survey of these women or their historical place per se in the early Methodist movement, rather the primary goal is to discover a literature that helps us to see the values which women had in the early Methodist movement and how those values were acknowledged, recorded, and fostered or encouraged by Charles Wesley, particularly in his poetry. The title, May She Have a Word with You, suggests there is a need today to hear of these women's exemplary words, deeds, and lives as a whole.