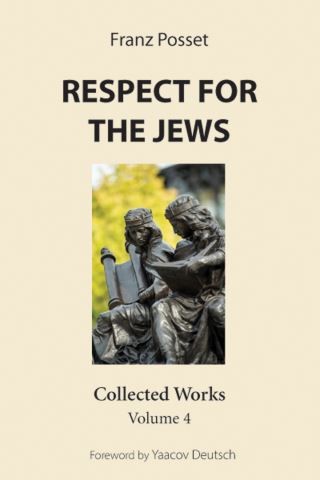 Respect for the Jews

Eight different historical-theological studies are assembled here under the title Respect for the Jews. They focus primarily on positive Catholic attitudes toward Jews during the turbulent years of the first half of the sixteenth century. The number of authors and texts are relatively small, but need to be brought out into the open. For the first time, a speech in praise of the language of the Jews by the early ecumenist, Georg Witzel (1501-1573), is made available in English. Other Catholic Hebraists who are featured include Johann Reuchlin (1455-1522), Matthaeus Adrianus (ca. 1470-1521), Robert Wakefield (died 1537), and Nicolaus Winmann (ca. 1500-1550). Their brilliant works are presented in front of the sinister backdrop of the vicious attacks against the Jews by the well-educated Catholic convert of Jewish descent, Johann Pfefferkorn (ca. 1469-1521), a self-appointed Catholic missionary to the Jews, and also against the background of the scandalous outbursts of the Grobian Reformer, Martin Luther (1483-1546). Volume 4 of the author's Collected Works fosters the idea that Jews and Christians are "study partners," rather than antagonists--as visualized in the new statue "Synagogue and Church in Our Time" (as shown on the cover).