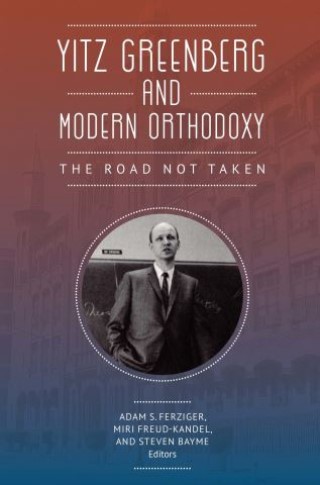 The Road Not Taken

Sixteen scholars from around the globe gathered at the Oxford Centre for Hebrew and Jewish Studies in the bucolic Yarnton Manor in the Oxfordshire countryside in June 2014, for the first (now annual) Oxford Summer Institute on Modern and Contemporary Judaism. The current volume is the fruit of this encounter. The goal of the event was to facilitate in-depth engagement with the thought of Rabbi Dr. Irving “Yitz” Greenberg, concentrating particularly on the historical ramifications of his theological and public stances. Consideration was given to his lifelong and complex encounter with the Modern Orthodox stream of American Judaism and the extent to which his teachings functioned as “the road not taken.” This auspicious gathering was most certainly characterized by deep appreciation for Greenberg’s original outlook, which is predicated on his profound dedication to God, Torah, the Jewish people, and humanity. But this was by no means gratuitous homage or naive esteem. On the contrary, those in attendance understood that the most genuine form of admiration for a thinker and leader of his stature—especially one who continues to produce path-breaking writings and speak out publicly—is to examine rigorously and critically his ideas and legacy. We are confident that the creative process that was nurtured has resulted in a substantive contribution to research on the religious, historical, and social trajectories of contemporary Judaism, and, similarly will engender fresh thinking on crucial theological and ideological postures that will ultimately enrich Jewish life. This volume offers readers a critical engagement with the trenchant and candid efforts of one of the most thoughtful and earnest voices to emerge from within American Orthodoxy to address the theological and moral concerns that characterize our times.