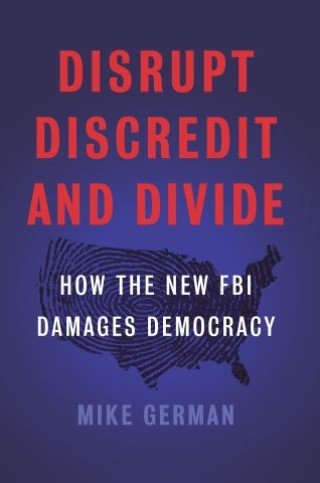 How the New FBI Damages Democracy

Platform: Mike German is a known commentator on cable television, having appeared on all major network and cable news channels as well as PBS Frontline, NPR, Democracy Now!, and C-Span.

OpEds: German will weigh in regularly on FBI-related issues. He has written for the Washington Post, San Francisco Chronicle, Boston Herald, The Guardian, Lawfare<>, the Miami Herald, and Daily Kos

Impeccable Credentials: German was in the FBI for sixteen years, working as an undercover agent specializing in white supremacist groups. He is an expert on the internal culture of the FBI, especially in relation to its treatment of minority employees, as well as the FBI and its relationship to the US Constitution.

Speaking: German regularly appears before Congressional committees about the FBI and takes part in panels on issues of law enforcement.

FBI in the news: As Robert Mueller and Donald Trump go head-to-head, Mike German is uniquely qualified to read the tea leaves for us and tell us what’s happening at the nation’s key intelligence agency.

Affiliations: ACLU and the Brennan Center will help support the book. Brennan will host a launch event with Bookspan coverage.