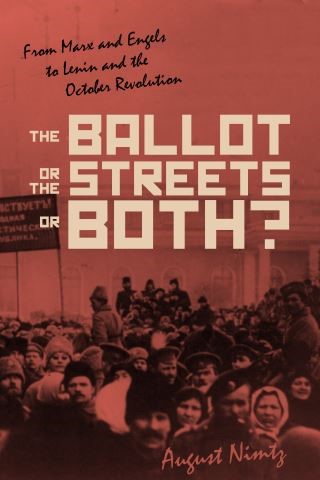 The Ballot, the Streets—or Both

From Marx and Engels to Lenin and the October Revolution

Nimtz uncovers in one that attempts to chart a course between plain opportunism and anarchist rejections of the electoral arena. Instead, electoral campaigns are seen as crucial for developing political education and organisation, and as a key way to measure your forces and communicate with the wider population. As radical left reformist projects, exemplified by Sanders and Corbyn, once again become a political force and the left has to think about what it means to run for office in a capitalist state, it's a good time to look back at how the left has historically conducted such debates.