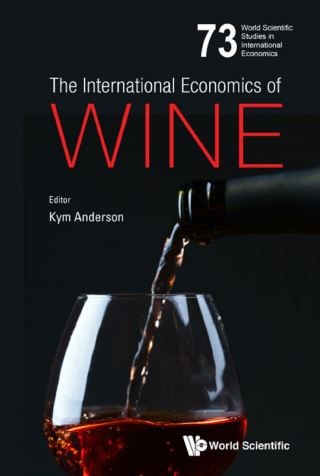 The International Economics of Wine

The International Economics of Wine provides a broad range of studies by Professor Kym Anderson and his co-authors of the international trade dimension of national, regional and global wine market developments over the past quarter-century. Prior to 1990, barely 10% of global wine production crossed national borders, but now that figure is 40%. In that short period, wine has switched from being one of the world's least-traded agricultural products to one of the most traded internationally. This has created an unprecedented boom for consumers, who have also witnessed huge improvements in the quality and diversity of wines available.

The chapters in this book shed light on the causes and consequences of the dramatic transformation of the world of wine. An economic model of the world's wine markets, based on newly compiled data, makes it possible to quantify the likely effects of changes in incomes, consumer preferences, tax and trade policies, and exchange rates. Differential changes in technologies and winegrape varieties, and the opening up of cooler wine regions, have also altered comparative advantages in wine.