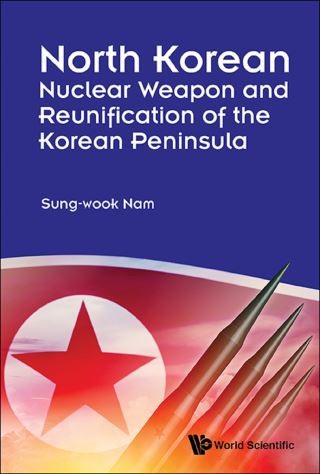 North Korean Nuclear Weapon and Reunification of the Korean Peninsula

This book explains the origin and historical development of North Korean nuclear weapon dated from the aftermath of World War II. The story of North Korea's nuclear program began when the United States dropped atomic bombs over Hiroshima and Nagasaki in August 1945 which led to Japan's immediate defeat. Surprised by the speed of Japan's surrender, North Korea's founding leader Kim Il-sung vowed to secure nuclear capability to avoid suffering the fate of its eastern neighbor. Based on the author's extensive experience in the academia, government, and intelligence circles, the book traces how the nuclear program has evolved since and explores wide-ranging issues including the positive function of nuclear weapon in Pyongyang's local politics, the history of negotiations between Washington and Pyongyang, the prospects of denuclearization in the Korean Peninsula, the diplomatic and military options presented to US President Donald Trump in dealing with the nuclear threat, and the future scenarios of the North Korean regime and the possibilities of a reunified Korea.

With the nuclear weapon crisis likely to persist in the foreseeable time, is it feasible for South Korea to achieve reunification in the Korean Peninsula? Will the six-party members like the US, China, Russia and Japan agree with reunification without denuclearization? Can the issues of nuclear weapon and unification be settled simultaneously in the future? The book seeks to address these questions and more.