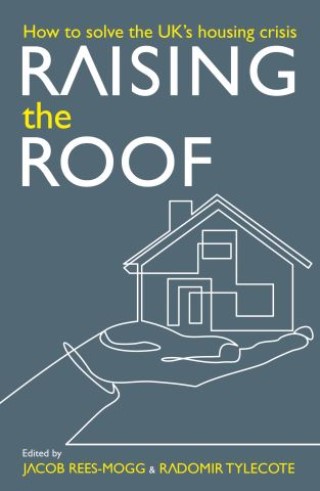 Raising the Roof: How to Solve the United Kingdom's Housing Crisis

How to Solve the United Kingdom's Housing Crisis

Raising the Roof addresses one of the key issues of our era – the UK’s housing crisis. Housing costs in the United Kingdom are among the highest on the planet, with London virtually the most expensive major city in the world for renting or buying a home. At the core of this is one of the most centralised planning systems in the democratic world – a system that plainly doesn’t work. A system that has resulted in too few houses, which are too small, which people do not like and which are in the wrong places, a system that stifles movement and breeds Nimbyism. The IEA’s 2018 Richard Koch Breakthrough Prize, with a first prize of £50,000, sought free-market solutions to this complex and divisive problem. Here, Breakthrough Prize judge Jacob Rees-Mogg and IEA Senior Research Analyst Radomir Tylecote critique a complex system of planning and taxation that has signally failed to provide homes, preserve an attractive environment and enhance our cities. They then draw from the winning entries to the Breakthrough Prize, and previous IEA research, to put forward a series of radical and innovative measures – from releasing vast swathes of government-owned land to relaxing the suffocating grip of the green belt. Together with cutting and devolving tax, and reforms to allow cities to both densify and beautify, this would create many more homes and help restore property-owning democracy in the UK.