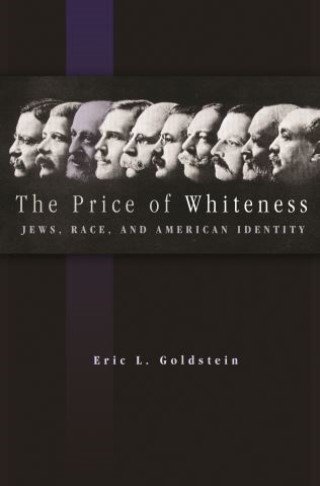 The Price of Whiteness

What has it meant to be Jewish in a nation preoccupied with the categories of black and white? The Price of Whiteness documents the uneasy place Jews have held in America's racial culture since the late nineteenth century. The book traces Jews' often tumultuous encounter with race from the 1870s through World War II, when they became vested as part of America's white mainstream and abandoned the practice of describing themselves in racial terms.

American Jewish history is often told as a story of quick and successful adaptation, but Goldstein demonstrates how the process of identifying as white Americans was an ambivalent one, filled with hard choices and conflicting emotions for Jewish immigrants and their children. Jews enjoyed a much greater level of social inclusion than African Americans, but their membership in white America was frequently made contingent on their conformity to prevailing racial mores and on the eradication of their perceived racial distinctiveness. While Jews consistently sought acceptance as whites, their tendency to express their own group bonds through the language of "race" led to deep misgivings about what was required of them.

Today, despite the great success Jews enjoy in the United States, they still struggle with the constraints of America's black-white dichotomy. The Price of Whiteness concludes that while Jews' status as white has opened many doors for them, it has also placed limits on their ability to assert themselves as a group apart.