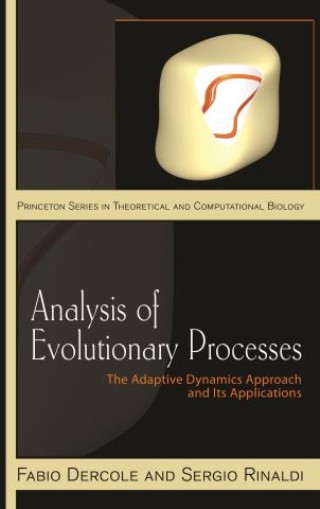 The Adaptive Dynamics Approach and Its Applications

Quantitative approaches to evolutionary biology traditionally consider evolutionary change in isolation from an important pressure in natural selection: the demography of coevolving populations. In Analysis of Evolutionary Processes, Fabio Dercole and Sergio Rinaldi have written the first comprehensive book on Adaptive Dynamics (AD), a quantitative modeling approach that explicitly links evolutionary changes to demographic ones. The book shows how the so-called AD canonical equation can answer questions of paramount interest in biology, engineering, and the social sciences, especially economics.

After introducing the basics of evolutionary processes and classifying available modeling approaches, Dercole and Rinaldi give a detailed presentation of the derivation of the AD canonical equation, an ordinary differential equation that focuses on evolutionary processes driven by rare and small innovations. The authors then look at important features of evolutionary dynamics as viewed through the lens of AD. They present their discovery of the first chaotic evolutionary attractor, which calls into question the common view that coevolution produces exquisitely harmonious adaptations between species. And, opening up potential new lines of research by providing the first application of AD to economics, they show how AD can explain the emergence of technological variety.

Analysis of Evolutionary Processes will interest anyone looking for a self-contained treatment of AD for self-study or teaching, including graduate students and researchers in mathematical and theoretical biology, applied mathematics, and theoretical economics.