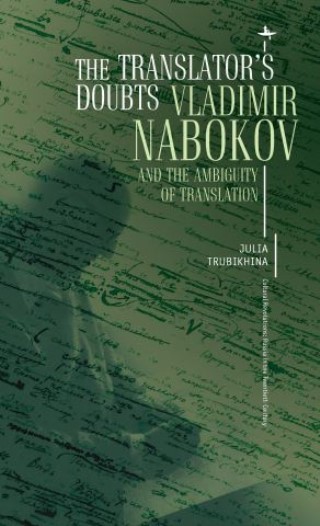 Vladimir Nabokov and the Ambiguity of Translation

Using Vladimir Nabokov as its “case study,” this volume approaches translation as a crucial avenue into literary history and theory, philosophy and interpretation. The book attempts to bring together issues in translation and the shift in Nabokov studies from its earlier emphasis on the “metaliterary” to the more recent “metaphysical” approach. Addressing specific texts (both literary and cinematic), the book investigates Nabokov’s deeply ambivalent relationship to translation as a hermeneutic oscillation on his part between the relative stability of meaning, which expresses itself philosophically as a faith in the beyond, and deep metaphysical uncertainty. While Nabokov’s practice of translation changes profoundly over the course of his career, his adherence to the Romantic notion of a “true” but ultimately elusive metaphysical language remained paradoxically constant.