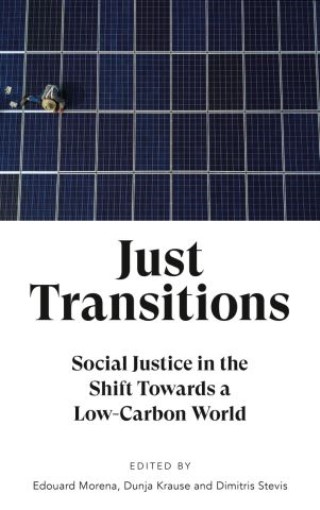 Social Justice in the Shift Towards a Low-Carbon World

In the field of 'climate change', no terrain goes uncontested. The terminological tug of war between activists and corporations, scientists and governments, has seen radical notions of 'sustainability' emptied of urgency and subordinated to the interests of capital. 'Just Transition' is the latest such battleground, and the conceptual keystone of the post-COP21 climate policy world. But what does it really mean?*BR**BR*Just Transition emerged as a framework developed within the trade union movement to encompass a range of social interventions needed to secure workers' and frontline communities' jobs and livelihoods as economies shift to sustainable production. Just Transitions draws on a range of perspectives from the global North and South to interrogate the overlaps, synergies and tensions between various understandings of the Just Transition approach. As the concept is entering the mainstream, has it lost its radical edge, and if so, can it be recovered?*BR**BR*Written by academics and activists from around the globe, this unique edited collection is the first book entirely devoted to Just Transition.