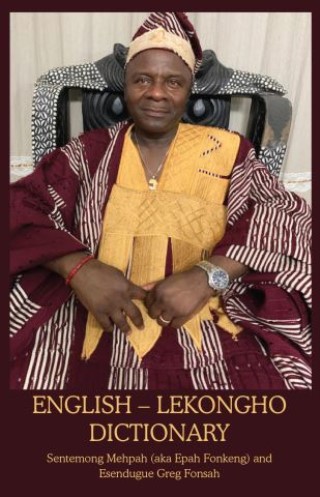 In 2005, a United Nations study reported that half of the world�s languages (estimated at 6,000) would disappear by the end of this century. A third of these endangered languages are in Africa where, according to the same study, nearly 250 languages have disappeared in the last century. Language is the heart, identity, storage system for the collective and unique memory and experience of every culture, people, including their natural habitat. Loss of language means loss of the ability to retain and pass on not just a belief system but also invaluable knowledge to future generations. This English-Lekongho/Lekongho-English Dictionary is a modest first attempt to minimize the envisaged sad phenomenon of language loss. Nkongho-Mbo people speak Lekongho, one of the five variants of the Mbo language of the Mbo ethnic group of Cameroon, with their ancestral home in the Kupe Muanenguba Administrative Area of the South-west Region. With this book, the authors� fervent hope is that there will no longer surface any justification to continue to refrain from speaking Lekongho on a daily basis. This effort will help to regionalize, nationalize and internationalize the Lekongho language since Nkongho people are spread all over the country, Africa and the world.