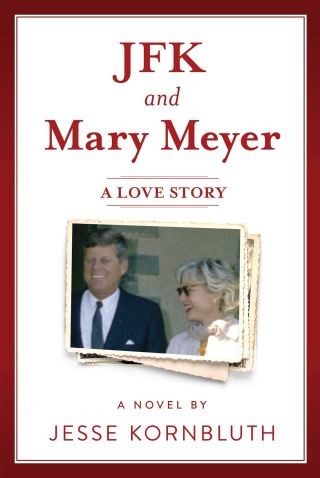 “A breezy, tantalizing view of the woman who, through wiles and a complete lack of scruples, briefly transcended the role of presidential mistress—and may have paid for it with her life.”
—The New York Times

John F. Kennedy said he needed sex every three days or he got a headache. In the White House, he never had a headache. Kennedy met Mary Pinchot in 1935, when he was eighteen and she was sixteen. Twenty years later, when she was living in Virginia and married to Cord Meyer, a high-ranking CIA official, she was Jack and Jackie Kennedy’s next-door neighbor. In 1962, she was an artist, divorced, living in Washington—and Kennedy’s first serious romance. Mary Pinchot Meyer was more than a bedmate. She was Kennedy’s beacon light: his sole female adviser, spending mornings in the Oval Office, and, at night, discussing issues. After the 1964 election, Kennedy said, he would divorce Jackie and marry her.

After the assassination, Mary didn’t believe Lee Harvey Oswald acted alone, and she shared that view, loudly and often, in Washington’s most elite circles. Her ex-husband urged her to be silent, but when the report of the Warren Commission was released, she was even more loudly critical.

On October 10, 1964, two days before her forty-forth birthday, as she walked in Georgetown, a man shot her in the head and the heart. That night, Mary's best friend called her sister. “Mary had a diary,” she said. “Get it.”

The diary was filled with sketches, notes for paintings—and ten pages about an affair with an unnamed lover. Her sister burned it. In JFK and Mary Meyer: A Love Story, Jesse Kornbluth recreates the diary Mary might have written. Working from a timeline of Kennedy’s presidency and every documented account of their public relationship, he has written a high-octane thriller that tracks this secret, doomed romance—and invites readers to solve Mary’s murder.

Jesse Kornbluth: Jesse Kornbluth is a New York-based writer. As a journalist, he was a contributing editor for Vanity Fair and New York magazines. His books include Highly Confident: The Crime and Punishment of Michael Milken and Married Sex: A Love Story. In digital media, he was editorial director for America Online; he now edits a cultural concierge website, HeadButler.com.