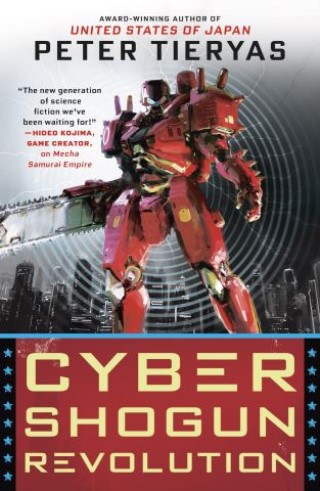 The Man in the High Castle meets Pacific Rim in this action-packed alternate history novel from the award-winning author of United States of Japan and Mecha Samurai Empire.

NO ONE SURVIVES AN ALLIANCE WITH THE NAZIS. NOT WITHOUT USE OF FORCE.

Seattle, 2019. After a severe injury, ace mecha designer and pilot Reiko Morikawa is recruited to a secret organization plotting a revolt against the corrupt governor (and Nazi sympathizer) of the United States of Japan. When their plan to save the USJ from itself goes awry, the mission is only saved from failure because the governor is killed by an assassin known as Bloody Mary. But the assassin isn't satisfied with just the governor.

Bishop Wakana used to be a cop. Now he's an agent of the Tokko, the secret police. Following the trail of a Nazi scientist, Bishop discovers a web of weapons smuggling, black market mecha parts--and a mysterious assassin. This killer once hunted Nazis but now seems to be targeting the USJ itself. As the leaders of the United States of Japan come to realize the devil's bargain they made in their uneasy alliance with the Nazis, Bishop and Reiko are hot on the trail of Bloody Mary, trying to stop her before it's too late.

Peter Tieryas: Peter Tieryas is the author of Mecha Samurai Empire and United States of Japan, which won Japan's top science fiction award, the Seiun. He's written for Kotaku, S-F Magazine, Tor.com, and ZYZZYVA. He's also been a technical writer for LucasArts and a visual effects artist at Sony, and currently works in feature animation.